Bluetooth Low Energy (BLE) smart sensors are seeing a continued uptick in usage. Recent BLE announcements include break throughs such as a battery-free BLE smart sensor, which will only increase the usage of BLE devices. According to some sources, as many as 4.2 billion Bluetooth enabled devices will have shipped by the end of 2019. The potential problem with this is that under some use-cases, such as in-motion solutions, there exists the inherent risk of missed/lost advertisement packets due to an overabundance of devices within a confined area. This session will discuss research currently being done at the University of Memphis, in which the researchers are trying to determine the real-world point at which a critical number of BLE ads are being lost due to communications collisions. Some of the common use cases for BLE will be briefly discussed as well as the results to date of the saturation study that is currently in progress. 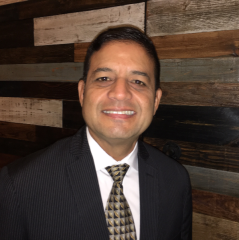 Wireless power offers the promise of seamlessly charging our electronic devices as easily as data is transmitted through the air. However, existing solutions are limited to near contact distances or low delivered power levels and thus, do not provide the geometric freedom and ease of use the term “wireless” suggests. This talk presents an overview of several near-field wireless power transfer systems that explore ways to break the 2D charging pad model to create full 3-Dimensional charging solutions that can safely deliver large amounts of power over significant distances. Examples include, early work on the use of magnetically coupled resonance to achieve near constant efficiency as a function of distance and orientation and its application in consumer electronics and medical implants. Work on the use of resonant cavity modes to control magnetic field distribution, in order to provide uniform wireless charging in large chambers. As well as more recent research that introduced Quasi-Static Cavity Resonance (QSCR) as a means of enabling large purpose-built structures to generate near-field standing waves that safely deliver kilowatts of power to mobile receivers contained nearly anywhere within. Experimental demonstrations show that our 256 square foot, QSCR enabled room offers a unique charging experience where user’s devices can be powered simply by entering the room. This talk will also include perspectives and lessons learned from a decade’s worth of experience conducting research on wireless power and related topics.

Prof. Alanson Sample joined the Department of Electrical Engineering and Computer Science at the University of Michigan in September of 2018 as an Associate Professor. His research interests lie broadly in the areas of Ubiquitous Computing, Cyber-Physical Systems, and wireless technology. He has spent the majority of his career working in academic minded industry research labs. Most recently he was the Executive Lab Director of Disney Research in Los Angeles where he led researchers in creating new guest experiences through innovations in Robotics, Artificial Intelligence, Computer Vision, and Human-Computer Interaction. Prior to Disney, he was a Research Scientist at Intel Labs in Hillsboro working on energy harvesting for wearable and Internet of Things applications. He also held a postdoctoral research position in the Department of Computer Science and Engineering at the University of Washington. There, he worked with medical doctors from the Yale School of Medicine to develop wirelessly powered and fully implantable heart pumps. Alanson received his Ph.D. in Electrical Engineering in 2011 from the University of Washington. Throughout his graduate studies, he worked full-time at Intel Research Seattle on projects related to wireless power delivery, energy harvesting, RFID, as well as ubiquitous sensing and computing.

The Future of RF Systems

With the steady advance in sophistication and reduction in size, weight, power, and cost (SWAP-C) of computational architectures and RF front ends, the historical expectations about RF system limitations are wrong, and consequently, many of the system concepts and standards that we currently use are ripe for reconsideration.  We discuss a next-generation processor that is an enabler of this reconsideration.  We also discuss a few examples of these new approaches that will likely change how we use RF.  As one example, by using fluid protocols, we enable much more flexible communications waveform that broadly adapt to the environment and the communications needs of the system.  We discuss RF convergence that extends this flexibility, by using some given RF spectrum for multiple functionalities simultaneously, such as communications and radar.  Finally, we discuss mixed communications and positioning technology to aid positioning in GPS-denied environments. 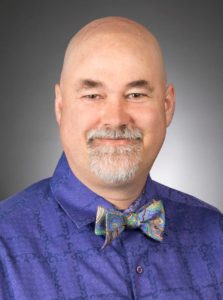 Prof. Daniel W. Bliss (bliss.asu.edu) is the Director of Arizona State University’s Center for Wireless Information Systems and Computational Architectures (wisca.asu.edu).  He is an Associate Professor in the School of Electrical, Computer, and Energy Engineering at ASU and a Fellow of the IEEE.  Dan received his Ph.D. and M.S. in Physics from the University of California at San Diego (1997 and 1995), and his B.S. in Electrical Engineering from Arizona State University (1989).  His current research focuses on advanced systems in the areas of communications, radar, precision positioning, and medical monitoring.  To achieve these goals, he pursues the development of information, detection, and estimation theory, and advanced algorithmic approaches, including machine learning.  Dan has been the principal investigator on numerous programs including sponsored programs with DARPA, ONR, Google, Airbus, and others.  He is responsible for foundational work in radar electronic protection, adaptive multiple-input multiple-output (MIMO) communications, MIMO radar, distributed-coherent systems, and RF convergence.  Because these techniques require sophisticated energy-efficient processing, Dan has led multiple advanced concept to system-on-chip processors system programs.  He has also made significant contributions to medical and physiological analytics by working on algorithms for a range of measurement modalities including activity monitors, electroencephalogram (EEG), electrocardiography (ECG), and gut-biome microbe distributions.  Before moving to ASU, Dan was a Senior Member of the Technical Staff at MIT Lincoln Laboratory (1997-2012).  Between his undergraduate and graduate degrees, Dan was employed by General Dynamics (1989-1993), where he designed avionics for the Atlas-Centaur launch vehicle, and performed magnetic field optimization for high-energy particle-accelerator superconducting magnets.  His doctoral work (1993-1997) was in the area of high-energy particle physics and lattice-gauge-theory calculations.