Galois over Watts – Using Network Coding to Reduce Power Use

The implementation of network coding in energy-challenged networks requires consideration of the energy cost of coding and the benefits that coding can provide in reducing the number of transmissions for successful reception. In this talk, we consider two different aspects of implementing network coding in body area networks, from low-level construction of modules in chips, to full circuit integration, to protocol design. The first concerns the choices of implementation of finite field arithmetic for network coding, trading off computational complexity for retransmission. The second issue considers the overall use of energy, when network coding and physical-layer error correction can be used in a complementary fashion. In particular, we consider energy use when coding is incorporated in the transmission protocol. 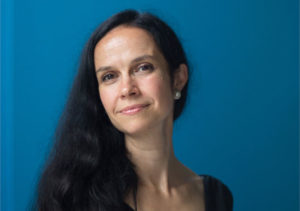 Prof. Muriel Médard, Ph.D., is the Green Professor in the Electrical Engineering and Computer Science (EECS) Department at MIT. She leads the Network Coding and Reliable Communications Group at the Research Laboratory for Electronics at MIT. She has co-founded three companies to commercialize network coding. She is a fellow the Institute of Electrical and Electronics Engineers (IEEE), has been editor for many publications, and Editor-in-Chief of the IEEE Journal on Selected Areas in Communications. She was 2012 President of the IEEE Information Theory Society, and received its 2017 Wyner Award. She has served as technical program committee co-chair of many of the major conferences in information theory, communications and networking. She received the 2002 IEEE Kirchmayer Award, the 2009 IEEE Communication Society and Information Theory Society Joint Paper Award, the 2009 Bennett Prize, the 2016 IEEE Vehicular Technology Evans Award, the 2016 IEEE Women in Communication Engineering Outstanding Achievement Award, the 2017 IEEE Communications Society Armstrong Award, the 2018 ACM Sigcomm Test of Time Award, and several conference paper awards. She received the MIT 2004 Edgerton Faculty Achievement Award and the 2013 EECS Graduate Student Association Mentor Award. The Thomson Reuters 2014 most influential scientific minds list includes her.