The design of fully integrated RFIDs or Sensor Systems, ones in which the antenna and the  RFID / sensor circuitry are all fabricated on the same integrated circuit substrate, is challenging because the small size of the antenna and its proximity to a resistive ground plane (the integrated circuit substrate) both decrease the RF energy that can be harvested to operate the RFID / sensor system.  In this tutorial, we will apply simplifying approximations in order to develop basic equations relating the size and geometry of the antennas to the ability of the single-chip RFID / sensor system to harvest energy. We will validate those equations with electromagnetic field simulations. We will also examine the challenging issue of matching the antenna to the on-chip electronics in order to maximize the extracted power. The presentation will consider operation across a range of frequencies and will explore both in-plane spiral antennas and out-of-plane helical antennas. 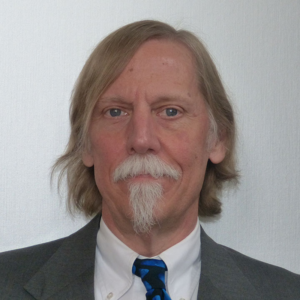 Richard Carley (S’74-M’84-SM’90-F’97) received an S.B. in 1976, an M.S. in 1978, and a Ph.D. in 1984, all from the Massachusetts Institute of Technology. He joined the Electrical and Computer Engineering Department at Carnegie Mellon University (CMU) in Pittsburgh Pennsylvania in 1984, and in March 2001, he became the STMicroelectronics Professor of Engineering at CMU. Dr. Carley’s research interests include analog and RF integrated circuit design in deeply scaled CMOS technologies, and novel micro-electro-mechanical and nano-electro-mechanical device design and fabrication.  For the past several years, Dr. Carley has studied the design of efficient RF energy harvesting devices in sub-millimeter RFID scenarios. Dr. Carley has been granted 24 patents, authored or co-authored over 200 technical papers, and authored or co-authored over 20 books and/or book chapters.  He has won numerous awards including Best Technical Paper Awards at both the 1987 and the 2002 Design Automation Conference (DAC), a “Most Influential Paper” award from DAC, and the “Best Panel Session” award at ISSCC in 1993.  In 1997, Dr. Carley co-founded the analog electronic design automation startup, Neolinear, which was acquired by Cadence in 2004.  Dr. Carley has served on various conference program committees (e.g., CICC, ISLPED, and TMRC), was Associate Editor of IEEE Transactions on Circuits and Systems from 1993-1996 and was the General Chairman for the RFID-TA 2016 Conference in Shunde, China. He is currently a Distinguished Lecturer for the IEEE Council on RFID.