The reality today is that with BLE we have active RFID in our pockets and our wrists, and, with the growing success of RAIN and the proliferation of NFC, we have passive RFID on an increasing number of the objects with which we interact. Combining the potential of all these RFID technologies co-located in the same physical space was first discussed in a paper entitled “Towards collective hyper local contextual awareness among heterogeneous RFID systems” I presented at IEEE IoP 2017 (slides).

This Workshop will focus on the potential for, and strategies around, combining physically co-located RFID systems for real-world applications. This is no longer just theory, it is happening now! As co-founder of reelyActive, I will be sharing insights on the specific applications currently taking off in several industry verticals. These include both anonymous and explicit occupancy/behavior/journey observation, interaction between people, products and places, and much more. I will also be providing a tutorial on the open source software I’ve developed over the past year to combine multiple active/passive technologies for RFID, RTLS and M2M applications. Participants in both academia and industry will be free to use the software and supporting materials in their own endeavors. A number of companies and universities are already using this software. 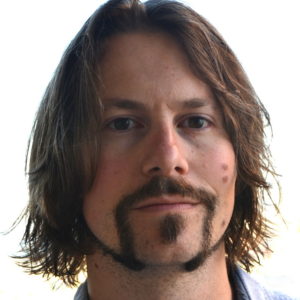 Jeffrey is a computer engineer who has built real-time location systems (RTLS) from the ground up in the 2000s at Purelink Technologies, and then built connected, location-aware cameras at Koozoo before the IoT hype bubble. He co-founded Montreal-based reelyActive in 2012 with a vision to create a simple, accessible, cloud-based active RFID platform. The proliferation of Bluetooth Low Energy devices has morphed that vision into a bring-your-own-device RTLS enabling ubiquitous machine-contextual-awareness. An outspoken advocate for BLE as a global active RFID standard, you’ll know when he’s nearby if you have the Physical Web enabled on your mobile phone.