This workshop will present results from two large-scale surveys conducted on the topic of radiofrequency identification (RFID) implants. RFID implants can be considered an emerging technology
that has predominantly been applied by hobbyists to custom digital projects. More recently however, it has been considered as a possible mechanism toward digital transformation in a variety of contexts. The first online survey conducted in 2012 included transnational participants from Australia, Canada, the United Kingdom, the United States of America and India with 2,556  respondents. The second online survey conducted in 2013 focused on Greece, and had 530 respondents. The survey asked respondents to consider whether they would adopt RFID implants for a variety of applications including: banking, electronic medical records, for health applications like measuring vital signs, for authentication services like passwords, for home physical security, and for government identification. The survey also asked respondents whether they considered RFID implants as plausible solution for convicted criminals, illegal immigration and convicted  errorists. The survey also provided a qualitative open question regarding why respondents would or would not adopt RFID implantables in the future. 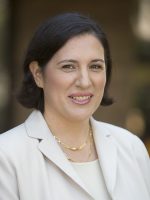